The possibility for most South Africans to retire with more that 50% of there current salary is very unlikely, this is why!

Alexander Forbes recently released the first major research on the financial survival of pensioners of retirement schemes in SA – and it does not make happy reading. This research was done before the Covid-19 outbreak and Moody’s downgraded South Africa. The situation now is likely to be far worse.

Alexander Forbes has examined a number of issues including retirement dates, choice of annuity (pension) and how much capital retirees have at retirement.

The big question, however, is: Do South Africa pensioners have enough money to last from the date of retirement until death? The answer for most is: no.

An actuary and a leader in retirement research, John Anderson, head of strategic development at Alexander Forbes, says many retirees are going to have cut back on spending and rely on others, such as children and relatives to survive.

If they are young and fit enough to work they need to get out there. This is a good option to supplement income if you can.

The older you are and the more ill you are, the less likely you are to find a job.

They retired with capital of R26-billion, an average of R2.2-million each.

But when you break down the “average” by age groups, the figures look very different. 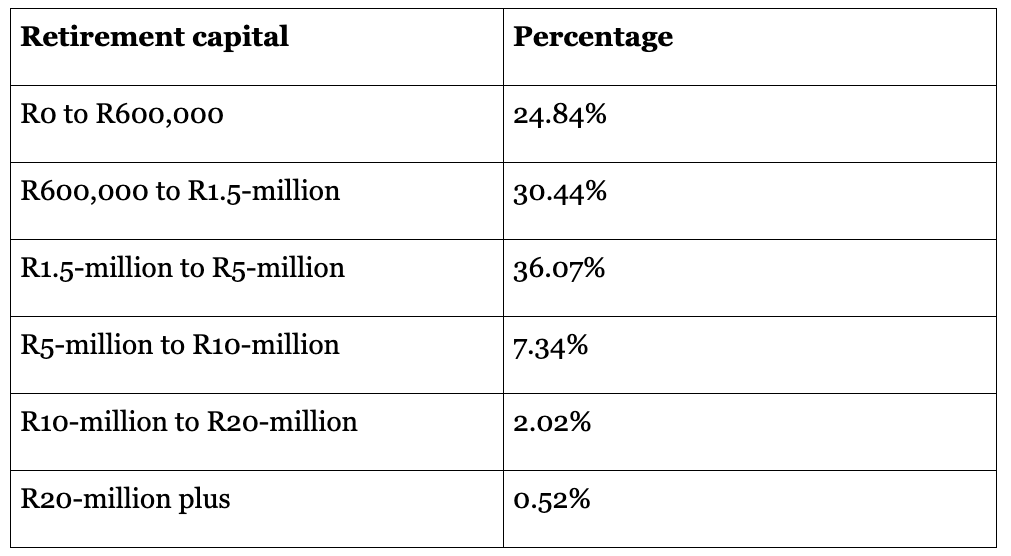 The next thing to look at is what are the replacement ratios. This means the percentage of your final pay cheque without any add-ons such as car allowance or any other allowances.

Most retirement funds work on providing 75% of income after 40 years of service.

In other words, at least 85% of people did not save properly for retirement.

Anderson says the main reason for this is that people either started too late, or they cashed in their retirement funds when they changed jobs along the way.

While people may have additional savings outside of their formal retirement funds, this is not included in the study. That, however, is not likely to materially change the overall picture.

Other Alexander Forbes research shows that of more than one million contributing retirement fund members, of those who resigned, or were retrenched or fired in 2019, only 8.75% preserved their retirement savings. This is down from 11.5% in 2012.  Most of this lack of preservation takes place when members are under the age of 50.

Anderson says during the current tough times in South Africa the number of people preserving retirement savings may shrink even further.

Once people reach retirement, they have to make a choice about retirement annuities. This is the money most will spend for the rest of their lives, and it is a critical choice.

The two main types of annuities (pensions) are: a traditional life assurance annuity where the pension is guaranteed and once you have made your choice you cannot change it; or what is called an investment-linked living annuity (Illa) where you make the investment choice and the underlying investments (with or without the aid of a financial planner). About 90% of pensioners chose Illas.

The basics of a traditional life assurance annuity are:

You pay a fixed amount for the annuity for life. Once bought it cannot be swapped.

The basics of an Illa are:

Drawdown Annual investment return before inflation but after costs 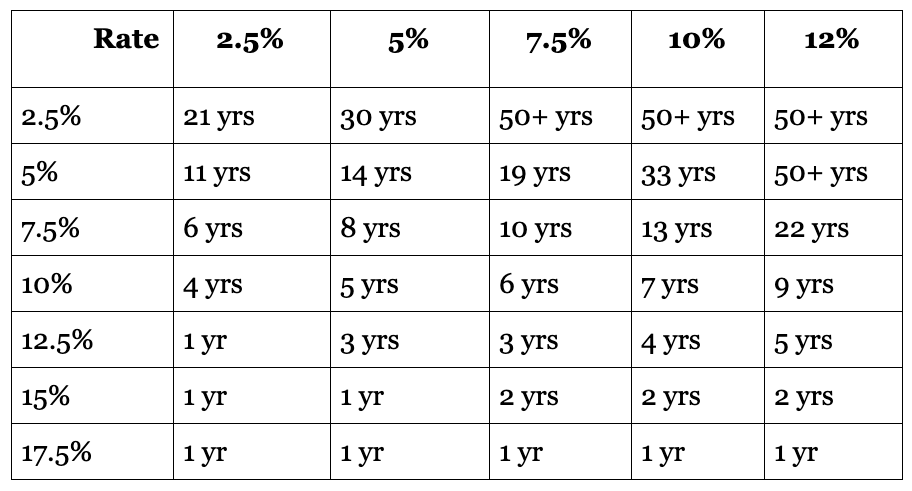 Anderson says these figures do not reflect the true story as they are based on averages and skewed by pensioners with large retirement capital (who typically have much lower draw down rates).

He says other research in the survey shows that of the pensioners surveyed at the time of their retirement there were:

It also hides the fact that for those pensioners who took up Illas over the last 20 years, in many cases their draw down rates have been increasing – and this is expected to be affected by Covid-19 with the resulting market impact and the downgrade by Moody’s, which in effect means we will be removed from international passive funds.

Anderson says the problem with this is that in the long run, and depending on other resources at their disposal, they are likely to run out of money, at a time when it is too late to do anything about it as they may be too old to get another job.

The above problems are then compounded by:

A separate Alexander Forbes survey, Member Watch, in which more than one million contributing members were measured, shows that higher contributions and length of service are critical to securing a reasonable retirement income.

Anderson says that if you retire at age 65 rather than at age 55 you will almost double your replacement ratio, assuming you started savings at age 25 years.

Given current market conditions following Covid-19 and the Moody’s downgrade, delaying retirement and staying employed for longer on a full or part-time basis, if possible, may be a good approach.

In 2019, the average contribution rate was 14.44%, but most of this (9.14%) came from employers. Legislation was recently passed which allows you to increase your contribution (from yourself and employer) to 27.5% of your taxable income (not your basic salary as with the Alexander Forbes survey), up to a maximum of R350,000 a year.

And if you do not cash in retirement savings along the way you will have a much better target of a financially secure retirement.

Inflation for retirees typically goes up above the average inflation rate. The reason is medical aid, where the rate of inflation is higher than average inflation. You will spend an estimated 60% of money on medical claims after you turn 60. The result of earning too little as a pension means that many pensioners are dropping out of medical schemes or downgrading to a lower option at the very time they need it most.

You should also get financial advice before you retire.

If, when you are working, you think seriously about your pension, you will avoid the risk that many pensioners of private pension funds face of their income running out and having to live on the state old-age pension of R1,780 a month. DM

Over the next number of weeks a series of reports written by Bruce Cameron, the semi-retired founding editor of Personal Finance of Independent Newspapers, will cover research undertaken by Alexander Forbes on retirement income in South Africa. Bruce Cameron is author of the best-selling book, The Ultimate Guide to Retirement in South Africa.